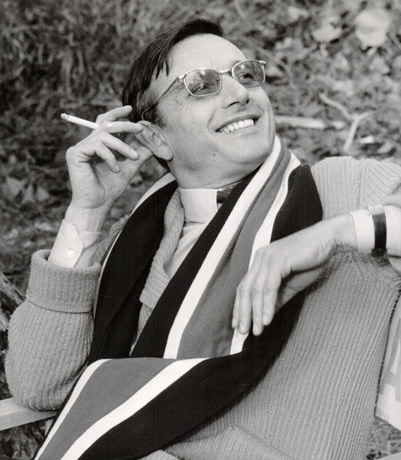 FILMOGRAPHY
THEATRE
MEMORIES
biography
(born in Milan on 4th August 1920, died in Rome on 28th February 1993)
Franco Brusati graduated in Political Science in Geneva and in Law in Milan. After a long apprenticeship as a journalist - he worked at "Corrente" and "LEuropeo" of A. Benedetti - in 1949 Brusati moved to Rome, where he began to work in the film industry as assistant director of Renato Castellani, Roberto Rossellini and Mario Camerini and as a screenwriter of many films, among which "Musolino the Prisoner" of Camerini and "Sunday in August" of Luciano Emmer (both released in 1950), "Anna" of Alberto Lattuada (1951), "The machine that kills bad people" of Rossellini (1952), "The unfaithfuls" of Steno and Mario Monicelli (1953) and "Ulysses" of Camerini (1954). In 1955 the film "Il padrone sono me!" marked his directorial debut. The film is based on the novel of Alfredo Panzini and recalls the past with captivating elegance, hiding original underlying meanings and allusions.

The films of Brusati (apart from "Bread and chocolate" and among the most interesting ones is "Disorder", 1962; "Tenderly", 1968; "Tulips of Haarlem", 1970; "To forget Venice", 1979, the latter of which was Oscar nominee as best foreign film in 1980) are based on two key images: house and travel. The house indicates an already used chance that can be regained just as nostalgia of the past (To forget Venice), whereas travel expresses the search of a new home that is still, or maybe forever, denied (the emigrants of Bread and chocolate that look at the villas owners from the chicken coop where they live).

Brusatis film making was educated and with a European dimension. His movies often starred flexible and mature actors like Nino Manfredi (starring as main character in Bread and chocolate), Vittorio Gassman and Giancarlo Giannini (protagonists of The sleazy uncle, 1989, a comedy with a touch of emotional flair) or Mariangela Melato of The good soldier (1982). His role as a screenwriter also proved to be fruitful and Brusati carried it on throughout the 1960s by cooperating in the production of important films such as Romeo and Juliet of Franco Zeffirelli (1968) and The Garden of the Finzi-Continis of Vittorio De Sica (1970).