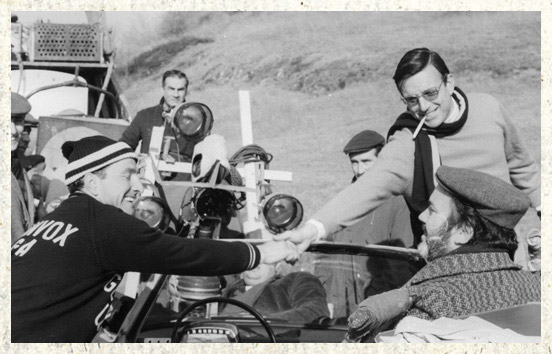 Cinema
"I don't believe there is a particular way of making films. But I tend to follow the advice that Federico Fellini once gave me: think of four or five big scenes that you want to film, obviously making sense throughout the story. Put them together and the film is done.

I love those films that not only tell about what you decided to narrate, but also allow the film director to shoot scenes they adore because they blossom from their minds. At least you are sure that there are two or three happy moments. I care about achieving these moments when I write a script. I think that a film is made of many scenes, like a house is made of many bricks. These bricks don't have to be just useful but also attractive".